LOrd told me, I dont need for you to have any teeth, bob I got you to make me your Lord then I betrayed you for years, by torturing you for years to make you perish ha ha saith the LOrd, you are ... more » tortured all day and night to strip you of your salvation, bob, when ya gonna come and see me said cecil tingley, he sins, said, hollie, and he saw, said casey, franklin simmons pocketing, offerings, tithes, lives off the church, like most of u.p.c.i. pastors, lost, put it under, said, hollie, they are, said, Jesus, harlots, im cut off said rev. antonia vladimirova of dreams foundation and sofia bar association, its cause I showed you that, said, hollie, smelled, it was a picture, she said, of, its, she said, smelled, smiled, oscar class, with vladimir, missile, said, putin, many leave, sub, with, bear, let me rule the world, said, putin, alright said medvedev, ill kill, does, thats hollie spinning globe, many nations exploded, fire came up, brother, said, hollie, let me, she, said, and, I showed you uh picture, she said, its, kings, eight, that, will, rise, against, america, pointed, its, them, she, said, new world order, hollie, now lets see, she said, cuba, that, hollie, showed, castrol, hes, dying, raul, my younger, said fidel, loves, trouble, thats, medvedev, hey, ill give you, ok, said, raul castrol, showed, come on, subs, stage, there, usa president, worried, they fire, missiles, strike, usa, southern coast, many states, hollie, pointed, burning, hollie showed, fight, nicaragua, mexico said cecil tingley, russia, china, venezuela, said cecil, tingley, brazil, she said, kim jong, thats, cecil tingley pointing, at kim jong, hes, she smelled, dying, fired, missiles, russia said hollie and cecil tingley, thats, them, she said, im moody, she said, ew let me smell you ass said cecil tingley, thats, her smelling a young boys butt, she, sees, look at it, said, Jesus, thats, all u.p.c.i., they know, said, Jesus, whatever you say, said, cecil tingley, hollie summed it up, smiled, now, ladies, and gentlemen, she said, bowed, thats, hollie with a face like satans, said, hollie, hollie showed, impatience, turn, that, said, said, thing, record, said, hollie, and, I showed, you, that, she, said, fix uh flat, works, seals, rim leakes, held nose, showed, thumbs, down, on all else, she, said, thats fucking grooving said, hollie, and he saw, said, casey, the, the man, said, hollie, is, funkengruven man, dancing, smiling, said, now put it under, she said, go, hollie drove off, thats, hu riding horse, white hand, points, thats, missile striking taiwan, exploded, captain hollie, surfaces, in three ohio class subs, missiles strike china, exploded, hollie, and he saw, said, casey, nukes in like, she showed, circle, big, most of china destroyed, said, Jesus, and he showed, said, hollie, magog, come out of fire, wont ya let me record, said, hollie, showed, hair grafts, work, leave it alone, said, hollie,

Page 358 - Queretaro, and every male naturalized citizen thereof, who shall have become such ninety days prior to any election, of the age of twenty-one years, who shall have been a resident of the State one year next preceding the election, and of the county in which he claims his vote ninety days, and in the election precinct thirty days, shall be entitled to vote at all elections...
Appears in 302 books from 1803-2005
Page 341 - No extra compensation shall be made to any officer, public agent, or contractor, after the service shall have been rendered, or the contract entered into; nor, shall any money be paid on any claim, the subject matter of which shall not have been provided for by pre-existing laws...
Appears in 184 books from 1846-2000
More
Page 341 - ... he shall return it, with his objections, to the House in which it shall have originated which House shall enter the objections at large upon its journal, and proceed to reconsider the bill.
Appears in 412 books from 1846-2002
Page 341 - Each house, except as otherwise provided in this constitution, shall choose its own officers, may determine its own rules of proceeding, punish its members for disorderly conduct, and, with the concurrence of...
Appears in 160 books from 1829-2005
Page 278 - Every act shall embrace but one subject and matters properly connected therewith; which subject shall be expressed in the title. But if any subject shall be embraced in an act, which shall not be expressed in the title, such act shall be void only as to so much thereof as shall not be expressed in the title.
Appears in 461 books from 1851-2002
Page 341 - If, after such reconsideration, two-thirds of the members elected to that house shall agree to pass the bill it shall be sent together with the objections to the other house by which it shall likewise be reconsidered; and if approved by twothirds of the members elected to that house, it shall become a law notwithstanding the objections of the Governor.
Appears in 357 books from 1826-2007
Page 72 - Judges may be removed from office, by concurrent resolution of both houses of the General Assembly, if two-thirds of the members, elected to each house, concur therein ; but no such removal shall be made, except upon complaint, the substance of which shall be entered on the journal, nor, until the party charged shall have had notice thereof, and an opportunity to be heard.
Appears in 90 books from 1852-2004
Page 341 - But judgment in such cases shall not extend further than removal from office, and disqualification to hold any office of honor, profit or trust under the government of this State. The party, whether convicted or acquitted, shall, nevertheless, be liable to prosecution, trial, judgment and punishment according to law.
Appears in 322 books from 1804-2007
Page 374 - Ohio ; and all prosecutions shall be carried on in the name and by the authority of the state of Ohio ; and all indictments shall conclude against the peace and dignity of the same.
Appears in 397 books from 1804-2004
Page 247 - All laws of a general nature, shall have a uniform operation throughout the state ; nor shall any act, except such as relates to public schools, be passed, to take effect upon the approval of any other authority than the General Assembly, except as otherwise provided in this constitution.
Appears in 121 books from 1852-2007
Less 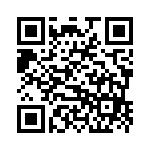