Page 72
They are called on to show cause for their darkly - derived jurisdiction ; for though
long acquiesced in , and now unconditionally submitted to , the jurisdiction is as
regards Scotland a darkly - derived one . In the singular case between the ...
Page 157
formerly called Lincoln's Inn Little Fields , or Fickett's Fields , and now called the
New Square , belonged to , or was claimed by , Mr. Henry Serle , as his property ,
until the year 1682 , when , under a special agreement between him and the ...
Page 292
That at every call to the Bar those students whohave passed a public
examination , and either obtained a studentship or a certificate of honour , shall
take rank in seniority over all other students who shall be called on the same day
. 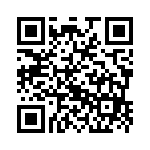