I read this on paperback 15 to 20 years ago. It had been recommended by a grown who said it was one of the best books he had ever read. Party of what makes it fun is the presence of characters that ... Read full review

Since my riveting binge of the TV show Bosch during last year’s lockdown, I’ve started reading Michael Connelly’s books focused on his most successful character and reached volume nr. 6 so far, but I ... Read full review

Michael Connelly is the author of thirty-six previous novels, including #1 New York Times bestsellers The Dark Hours andThe Law of Innocence. His books, which include the Harry Bosch series, the Lincoln Lawyer series, and the Renée Ballard series, have sold more than eighty million copies worldwide. Connelly is a former newspaper reporter who has won numerous awards for his journalism and his novels. He is the executive producer of three television series: Bosch,Bosch: Legacy, and The Lincoln Lawyer. He spends his time in California and Florida. 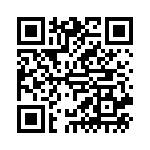