25 other sections not shown

Stanley Ira Kutler was born in Cleveland, Ohio on August 10, 1934. He graduated from Bowling Green State University and earned a doctorate from Ohio State. He joined the University of Wisconsin-Madison faculty in 1964. He taught there for 32 years until he retired in 1996. In 1992, he filed a lawsuit with Public Citizen against the National Archives and Records Administration to win the release of more than 3,000 hours of conversations tape-recorded in the Oval Office during Richard Nixon's presidency. As a result of his suit, 201 hours of tapes related to unethical or illegal activity were released in 1996. The 340 hours of Nixon tapes were released in 2013. He wrote numerous books during his lifetime including Abuse of Power: The New Nixon Tapes, Judicial Power and Reconstruction Politics, Privilege and Creative Destruction: The Charles River Bridge Case, The Wars of Watergate: The Last Crisis of Richard Nixon, and The American Inquisition: Justice and Injustice in the Cold War. He wrote a play entitled I, Nixon and created a television program with the comedian Harry Shearer entitled Nixon's the One. He also edited the Dictionary of American History and founded and edited the journal Reviews in American History. He died from heart failure on April 7, 2015 at the age of 80. 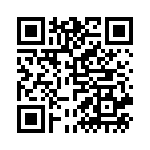