Page
As a Portials above his name as mystical symbols : X may tuguese American , I was particularly gratified by have stood for Christ , M for Mary , Y for Joseph . the emphasis on his contacts with Portuguese navigators , especially Prince ...
Page
Israel ) since before World War I - first from LithCLAYTON H. HEWITT uania , then from Byelorussia in the 1920s , from Needham , Massachusetts America since 1967 , and from Kiev in 1989. Each Fetal Alcohol Syndrome new immigrant had his ...
Page
... fishery in the late 16th century , Spain was an important market for British and American vessels carrying Newfoundland fish , which were exchanged for Iberian wines , cork , fruit , nuts , and even silver from American mines . 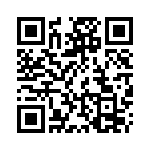