Page 338 - US Department of Justice, Immigration and Naturalization Service, Statistical Yearbook of the Immigration and Naturalization Service, 1986, Washington, DC, US Government Printing Office, 1987, Table 3.
Appears in 41 books from 1978-2007
Page 343 - Verbeck of Japan, A Citizen of no Country; A Life Story of Foundation Work inaugurated by Guido Fridolin Verbeck.
Appears in 23 books from 1714-2001 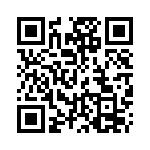