Great job bro! Really precise and dense amount of information. Helped me with a couple of my projects If I do say so myself. I hope you know that you did a FANTASTIC job on this book and I hope you have a good day. 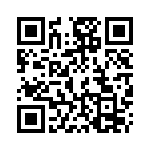