Page 9
The next witness, William Taylor, stated that he had passed defendant and
plaintiff' together; but, appearing to be tipsy, was dismissed. Emma Bates
declared that she had met Lord Tamworth several times whilst walking with Miss
Smith on the ...
Page 33
Smith's belief that he had proposed for his 'mg l§\'- _li' so, it becomes most difficult
to account for Earl e."eT5S silence on any other assumption, than that he was lc'e
":l'bl'°, and connived at, the deception practised. It is inconem; e_that, under ...
Page 34
of the crednlity not unnaturally caused on Miss Smith's part by this intercourse,
and practised u on it, is to our ... proving the facts were not put into the box,
namely, Adkins and his wife, who, Miss Smith declared, had delivered the letters
to her. 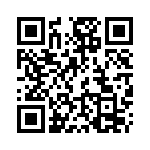