Very important book -- if only because of his meeting with Stephen A Douglas weeks before Douglas died.
Douglas told Palmer "you had me all wrong" about his supposed partnership with Davis -- everyone knew Douglas had been absolutely crucial in getting Davis what he wanted -- the KS Act. And that Douglas behind the scenes was helping the killers in KS, even though Douglas in public had turned on Atchison and Davis when he had to, or lose his position.
Douglas told Palmer that he -- Douglas -- was trying to get Davis "removed" militarily -- meaning, killed. He was trying to force Davis to act in a covert way that would get the US military to take him out. Which of course was utter nonsense, it was just something Douglas tried to pass off to Palmer in that last meeting.
ALso very interesting -- Palmer says that even by 1890, people had forgotten how vile it was in the 1850's to be thought of as an abolitionist. Understatement. Lincoln was lucky he did not get a bullet in the brain sooner -- others had, even in Illinois, for being too "Ni**er" obsessed, as Douglas claimed Lincoln was repeatedly in the debates. Douglas was all but urging the public to hate Lincoln with a passion "Do you want your daughters to sleep with ....." Douglas yelled repeatedly, even while running from side to side of the stage. Lincoln wants that, Douglas would scream -- yes, scream. And it worked. According to Bloomington papers, 80% of the white males in most of Illinois outside Chicago, thought Lincoln wanted their daughters to be with "......"
Douglas was the guy who stood by laughing as Sumner was beaten, and is shown doing that in drawings at the time. Douglas told Sumner he should be beaten like a dog, and within 24 hours, Sumner was beaten like a dog, with Douglas laughing.
that is NOT in Palmers book, that's just me explaining Douglas and the violence at the time.
SO when Douglas told Palmer he (Douglas) was trying to set up Jeff Davis to be removed militarily, it's very much something Douglas would feel comfortable -- if it helped him
One of the true sociopaths in US history -- Douglas. Two others -- Davis and Atchison.

Page 594 - The American people, from tradition and interest, favor bimetallism, and the Republican party demands the use of both gold and silver as standard money, with such restrictions and under such provisions, to be determined by legislation, as will secure the maintenance of the parity of values of the two metals, so that the purchasing and debt-paying power of the dollar, whether of silver, gold, or paper, shall be at all times equal.
Appears in 166 books from 1856-2007
Page 608 - Kansas, and when admitted as a state or states, the said territory, or any portion of the same, shall be received into the union with or without slavery, as their constitution may prescribe at the time of their admission...
Appears in 482 books from 1815-2007
More
Page 608 - March 6, 1820,) which, being inconsistent with the principle of non-intervention by Congress with slavery in the States and Territories — as recognized by the legislation of 1850, commonly called the Compromise Measures — is hereby declared inoperative and void; it being the true intent and meaning of this act not to legislate slavery into any Territory or State, nor to exclude it therefrom, but to leave the people thereof perfectly free to form and regulate their domestic institutions in their...
Appears in 440 books from 1830-2008
Page 476 - The Senate of the United States shall be composed of two Senators from each State, elected by the people thereof, for six years; and each Senator shall have one vote. The electors in each State shall have the qualifications requisite for electors of the most numerous branch of the State legislature.
Appears in 162 books from 1890-2008
Page 49 - That all men have a natural and indefeasible right to worship Almighty God according to the dictates of their own consciences...
Appears in 546 books from 1804-2007
Page 608 - That the legislative power of the territory shall extend to all rightful subjects of legislation consistent with the constitution of the United States and the provisions of this act ; but no law shall be passed interfering with the primary disposal of the soil...
Appears in 305 books from 1813-2007
Page 592 - We demand the free and unlimited coinage of both silver and gold at the present legal ratio of 16 to 1, without waiting for the aid or consent of any other nation. We demand that the standard silver dollar shall be a full legal tender, equally with gold, for all debts, public and private, and we favor such legislation as will prevent for the future the demonetization of any kind of legal-tender money by private contract.
Appears in 133 books from 1822-1978
Page 592 - We are opposed to the issuing of interest-bearing bonds of the United States in time of peace, and condemn the trafficking with banking syndicates which, in exchange for bonds, and at an enormous profit to themselves, supply the Federal Treasury with gold to maintain the policy of gold monometallism.
Appears in 105 books from 1822-1989
Page 83 - That a railroad to the Pacific ocean is imperatively demanded by the interests of the whole country ; that the Federal Government ought to .render immediate and efficient aid in its construction ; and that, as preliminary thereto, a daily overland mail should be promptly established. 17. Finally, having thus set forth our distinctive principles and views, we invite the co-operation of all citizens, however differing on other questions, who substantially agree with us in their affirmance and support.
Appears in 118 books from 1860-2008
Page 521 - We hold to the use of both gold and silver as the standard money of the country, and to the coinage of both gold and silver without discriminating against either metal or charge for mintage...
Appears in 130 books from 1856-2006
Less 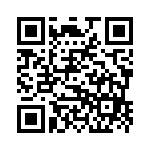