Palomar is a small town of a few hundred people somewhere in Central America. Our story is a sprawling tale, starting with one midwife, Chelo, destined to have no children of her own and surrounding ... Read full review

I first read Love and Rockets back in the '80s, but only sporadically. This collection is funny, touching, disturbing, heartbreaking, and always entertaining. Read full review

Theodore Jay Lowi was born in Gadsden, Alabama on July 9, 1931. He received a bachelor's degree from Michigan State University and a master's degree and a doctorate in political science from Yale University. He taught at Cornell University from 1959 to 1965, returned in 1972 and remained the John L. Senior professor of American institutions until he was granted emeritus status in 2015. He was a political scientist who wrote numerous books including The End of Liberalism: The Second Republic of the United States, The Politics of Disorder, American Government: Incomplete Conquest, The Personal President, and Hyperpolitics: An Interactive Dictionary of Political Science written with Mauro Calise. He also edited The Pursuit of Justice by Robert F. Kennedy. He died on February 17, 2017 at the age of 85. 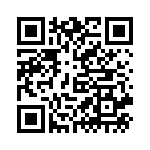