Andrew S. Grove is chairman and former CEO of Intel Corporation in Santa Clara, California. He is the author of several books on technology and management, including High Output Management (1983), One-on-One With Andy Grove: How to Manage Your Boss, Yourself, and Your Co-Workers (1987) and Only the Paranoid Survive (1996). He has also written a weekly column on management for the San Jose Mercury News. Born September 2, 1936, in Budapest, Hungary, Grove emigrated to the U.S. in 1957 and became a naturalized citizen in 1962. He studied Chemical Engineering at City College in New York, and earned a Ph.D. in 1963 from University of California, Berkeley. He began working at Fairchild Semiconductor Research Laboratory in San Jose, California in 1963, gradually moving up the ranks to become Assistant Director of Research and Development in 1967. He joined Intel Corporation in 1968 as Vice President and Director of Operations. In 1997, Grove received the Technology Leader of the Year award from Industry Week, and was named Man of the Year by Time Magazine. 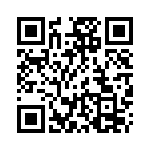