Briefly put, this book was started prior to the end of the war, as Sage was sent to England to write an apologia for the Confederate cause. He actually got an abbreviated form of it published before the fighting stopped, but it was too little too late to accomplish the Confederates' desired ends. He brought it back to the re-United States, and some historians claim it was to be the defense brief at Jefferson Davis' trial, had he been granted one (as he wished!) It is more or less a one volume encyclopedia of pro 'Confederate' interpretation and explanation of the Constitutional problems which arose between the Southern and Northern States prior to the war, which eventually led to that war. Jefferson Davis gave it very high praise in his own two volume set, The Rise and Fall of the Confederate Government, and said that it was one of his main sources of information, from which he received permission from Sage to quote freely without having to constantly foot note his book. So, to actually be brief, if you desire to understand what the Confederates considered the original interpretation of our pre war government, this is the first book of order! One last kicker, viz, Sage was born and raised in New England! Whether you agree with him or not, it is a book very well worth your time, if you wish to understand the Confederate cause! Thank you, Larry L. Burton, West Point, Ky.

Page 553 - That all men are by nature equally free and independent, and have certain inherent rights, of which, when they enter into a state of society, they cannot, by any compact, deprive or divest their posterity; namely, the enjoyment of life and liberty, with the means of acquiring and possessing property, and pursuing and obtaining happiness and safety.
Appears in 1071 books from 1803-2008
Page 514 - States in congress assembled ; and that it is the opinion of this convention, that it should afterwards be submitted to a convention of delegates, chosen in each state by the people thereof, under the recommendation of its legislature, for their assent and ratification...
Appears in 542 books from 1788-2008
More
Page 551 - He is at this time transporting large armies of foreign mercenaries to compleat the works of death, desolation and tyranny, already begun with circumstances of Cruelty & perfidy scarcely paralleled in the most barbarous ages, and totally unworthy the Head of a civilized nation.
Appears in 1106 books from 1803-2008
Page 529 - Congress it is expedient that on the second Monday in May next a Convention of delegates who shall have been appointed by the several States be held at Philadelphia for the sole and express purpose of revising the Articles of Confederation and reporting to Congress and the several legislatures such alterations and provisions therein as shall when agreed to in Congress and confirmed by the States render the Federal Constitution adequate to the exigencies of Government and the preservation of the Union.
Appears in 716 books from 1802-2008
Page 469 - May next, to take into consideration the situation of the United States, to devise such further provisions as shall appear to them necessary to render the Constitution of the Federal Government adequate to the exigencies of the Union...
Appears in 955 books from 1802-2008
Page 501 - To declare War, grant Letters of Marque and Reprisal, and make Rules concerning Captures on Land and Water; 12 To raise and support Armies, but no Appropriation of Money to that Use shall be for a longer Term than two Years; 13 To provide and maintain a Navy...
Appears in 783 books from 1799-2008
Page 514 - ... electors should assemble to vote for the President, and the time and place for commencing proceedings under this Constitution; that after such publication the electors should be appointed, and the senators and representatives elected; that the electors should meet on the day fixed for the election of the President, and should transmit their votes certified, signed, sealed, and directed, as the Constitution requires, to the secretary of the United States in Congress assembled...
Appears in 282 books from 1801-2007
Page 500 - ... 2. Every bill which shall have passed the house of representatives and the senate shall, before it becomes a law, be presented to the president of the United States ; if he approve, he shall sign it ; but if not, he shall return it, with his objections, to that house in which it shall have originated ; who shall enter the objections at large on their journal, and proceed to reconsider it.
Appears in 768 books from 1819-2008
Page 514 - September, did resolve unanimously, "that the said report, with the resolutions and letter accompanying the same, be transmitted to the several legislatures, in order to be submitted to a convention of delegates chosen in each state by the people thereof, in conformity to the resolves of the convention made and provided in that case...
Appears in 431 books from 1803-2007
Page 235 - Profoundly penetrated with this idea, I shall carry it with me to my grave, as a strong incitement to unceasing vows that heaven may continue to you the choicest tokens of its beneficence; that your union and brotherly affection may be perpetual; that the free Constitution, which is the work of your hands, may be sacredly maintained...
Appears in 492 books from 1789-2006
Less 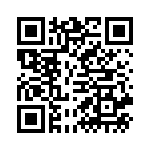