Page 5
1 ( e ) may make training grants or allowances to such persons considered suitable for training as have not obtained grants or allowances from other sources " -- ( Mr . Kenneth Robinson ) : Question put , That those words be there ...
Page xxviii
Other common services , however , had been considered and rejected either because they were thought not to offer any real hope of economy or because the interests of each Corporation were found to conflict with those of the other .
Page 8
Ordered , That the Chairman do now also report to the House that the Committee have considered Class III , Vote 2A , Scottish Home Department ( Revised Estimate ) , Class III , Vote 8 , Prisons , Scotland , Class IV , Vote 12 , Roads ...

9 other sections not shown 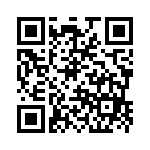