Page 50
Duty is charged on spirits in accordance with their alcoholic strength , the unit of
charge being the proof gallon . ... shown in Table 15 , is the Excise rate on spirits
produced in the United Kingdom and warehoused for not less than three years .
Page 51
In years previous to 1954–55 , certain quantities of spirits , re - distilled in this
country from imported spirits and subsequently used in the manufacture of gin or
other British compounded spirits , were charged with the differential Customs
duty ...
Page 60
Imported Spirits : Quantities retained for Consumption and Net Receipts , 1961-
62 Quantities retained for Consumption Net Receipts Description Imported in
Proof Gallons Ł cask bottle bottle 1,336,908 115,002 1,137 15,112,868
1,309,979 ...

28 other sections not shown 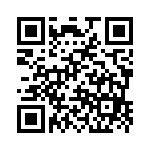