Page 159
V. — THE TRIAL OF LORD BYRON . IN N 1765 Society in London was startled
by the news that Mr. Chaworth of Nottinghamshire had been killed by his cousin ,
Lord Byron , in a tavern in Pall Mall . The commission of such an offence by a ...
Page 180
In his notice of Ashton's trial , Hallam remarks that , " no judge , however , in
modern times would question , much less reply upon , the prisoner , as to
material points of his defence , as Holt and Pollexfen did in this trial . ” ? Sir
James Stephen ...
Page 183
... conduct , in presiding at the trials of the conspirators in the assassination plot
on William III , was applauded even by the Tories , and that Lord Preston
acknowledged to the Chief Justice in open Court that he had had a fair trial for his
life . 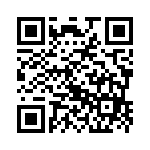