Brian J. Cook is associate professor and chair of the department of government and international relations at Clark University. He is the author of Bureaucratic Politics and Regulatory Reform: The EPA and Emissions Trading. 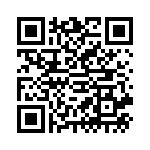