Page 154
Billingham , that prize - fighting had risen to a fearful height in 1825 , and
Burrough , J. , observed that it had led to an immense quantity of crime and
inconvenience about London . The history of the subject showing that prize -
fighting itself ...
Page 452
At the hearing of an appeal against conviction for murder , Lord Alverstone ,
L.C.J. , observed :“ Circumstantial evidence given in answer to admitted facts
proved against a person charged was most reliable , because it was not likely to
be ...
Page 457
At the trial of Rush for the murder of Mr. Jermy , Recorder of Norwich , Rolfe , B. ,
observed , that “ it is true great crimes are often perpetrated without any
imaginable motive , but when motives did appear to exist , they were so far a
means of ... 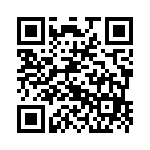