MAKHOSAZANA XABA is the author of two poetry collections: these hands (2005) and, Tongues of their Mothers (2008). Her poetry has been anthologized widely, translated into Italian, Mandarin and Turkish and also available from the Cambridge Poetry Archive. She is the editor of, Like the untouchable wind: An anthology of poems (2016). Her collection of collection of fiction, Running & other stories (2013), won the SALA Nadine Gordimer Short Story Award in 2014. Her short story Running won the Deon Hofmeyr Prize for Creative Writing in 2005 and was anthologised in, 20 Best Short Stories of South Africa's Democracy, in 2014. She has co-edited three anthologies; Proudly Malawian: Life Stories from lesbian and gender-nonconforming individuals (2016) and Queer Africa: New and Collected Fiction (2013) which won the 26th Lambda Literary Award for the fiction anthology category in 2014 and was translated in Spanish in the same year. In 2017, Queer Africa 2: New Fiction is coming out. Xaba holds an MA in Writing (with distinction) from The University of the Witwatersrand. 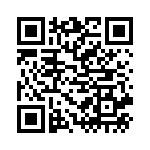