Hamid R. Kusha is associate professor of criminal justice in the Department of Social Sciences at Texas A&M International University in Laredo, TX. 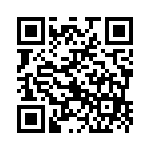