NINETTE KELLEY is a member of the Canadian Immigration and Refugee Board. Michael J. Trebilcock is Professor of Law and Economics at the University of Toronto. 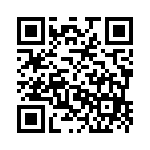