Tani Adewumi is the eight-year-old Nigerian-born boy who recently won the NY State Chess Championship after playing the game for only a year. Tani and his family's story begins amidst Boko Haram's reign of terror in their native country of Nigeria and takes them to a New York City homeless shelter, where they waited to be granted religious asylum. Tani's father, who came from a royal Nigerian family, became a dishwasher and Uber driver to support his family. His mother, whose family owned the largest printing press in Nigeria and had been working at a bank for over a decade, trained to become a home-aid. So, when Tani asked to join the chess program at PS 116, which required a fee, it seemed unlikely. His mother wrote to the coach, who offered Tani a scholarship. Miracles led Tani and his family to New York. As Tani's father puts it, "There are many times in my life where I thought this must be the miracle and yet, I did not know that the miracle had not yet begun.

Craig Borlase is a New York Times, Sunday Times, and international bestselling ghostwriter of dramatic, engaging memoirs. Over the last two decades, he has written more than fifty-five books, working with a diverse range of authors for a global audience. Recent work includes Finding Gobi, the New York Times bestselling account of an ultramarathon runner's chance encounter with a stray dog in the Mongolian desert. Now translated into twenty-one languages, Finding Gobi is in the process of being adapted as a feature film by Sony Pictures. Craig collaborated with Andrew Brunson on God's Hostage (an ECPA 2020 Finalist), as well as My Name Is Tani, the story of an eight-year-old chess prodigy living in a homeless shelter in NYC, soon to be a Paramount Pictures movie produced by Trevor Noah. Craig has also ghosted for Bear Grylls on his bestseller Soul Fuel as well as a range of Middle Grade novels. One of his most recent projects is a memoir of an online gambling entrepreneur who introduced high stakes poker to Asia, with rights acquired by Netflix. 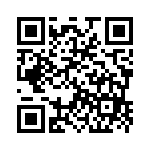