municipal the blinds over lady justus, the word law is the state and national cnstitution state constitution art 1 sec2.all polictical power is derived from the consent of the people.art 1 sec 1 a municipal corporation may be formed if you have low empolment in your area. the people must vote on it the directions are in the state constitution.
The foolishness of a corporation to say they have any rights to Judges, or to put a burden upon the people and the state then becomes treason art 1 sec 27. they are at least guilty of art 3 sec 30. bribery, and or corrupt solisitation, by accepting a pay check then enforcing the municipal code.
From the federal food and drug act. to the controled substance act. violation of art 22 sec 2 and art 12 sec 22 they must forfeite their fanchishes and as vfranchises they have no right or power ovewr the people.
the legislature has dropped the ball on this one, they have no rights to burden the people with jails, fines,and to say or allow the narcotic task force, or any agency to take our property, violation of art1 sec 3,5,7,8,11,12,13,14,16,22,25,26,27,28 art 2 sec 28 subsection 1,5,6,8,9,10,12,14,17.
the legislature does not have the power to do what they have done with or with out the consent and vote of the people art 2 sec 1. they used art 1 sec 12 which was repealed in 1974 as amendment 62 in as much as it was inconsistentand repugnet to the constitution.
the police , the word says it, place our litter in can. it is in our constitution eleven even , which is eleven eleven, they can not enforce any regulations code or other wise that are in conflict with the general law (the state constitution) they violate art 11 sec13,and 14 by taking the peoples property.
the formation of a corporation is found inart 12 all sections inclusive. art 12 sec one says they are to be buisnesses, regulated, limited and restrained by law (IE incase they forgot all ready law means the freedoms ganteed by the state and national constitution)
Art 12 sec 5 the term corporation defined, has no more power then a natural person! and may be sued as any natural person. HOW COULD ANYONE GO TO WHAT THEY CALL LAW SCHOOL AND NOT READ AND STUDY THE STATE AND NATIONS CONSTITUTION? they call them selves the bar what the f@#4 is that!?
For police acdamys to be taught that it is ok to abuse to people to arrest them and take them to jail? were did this low iq ashole mentality come from religion? they are the ones who are moraly wrong.
Every person who is in jail or has been in jail has both a civil and criminal case against the municipal gov and they have no defence. thank you for allowing this review,
John Phillip Cunningham johncunningham1956@netzero.com 303-217-1937 14582 e 13th ave aurora co. 80011 added may 17 2014 the american jurisprudence is the proper education of the constitution. the municipal corporation as in our constitution is there if you have an area of unemployment you start a corp. not to make money but to get money from the treasury to put into the peoples hands and keep them busy, What kind of a fool could not figure that out. and formed there slave center not by the constituition rules and law but by foolish pre first grade shame. who ever published such shit. or ever allowed the low IQ shit to ever be, not expecting someone to challenge them and point out the american jurisprudence book 16 published by west thomas corporation reuters group see the nation alliance people verse new york city and state municipal statues. they have no defense only BLUFF of religious ASSHOLES., what about the ANSI/NIST - ITL1 - 2013 update sense 1988 biometric data, eye, and voice id. with the verification conformaty by the ANNEX satelite systems

Page 173 - It is a general and undisputed proposition of law that a municipal corporation possesses and can exercise the following powers and no others: First, those granted in express words; second, those necessarily or fairly implied in or incident to the powers expressly granted; third, those essential to the declared objects and purposes of the corporation — not simply convenient but indispensable.
Appears in 771 books from 1803-2007
Page 453 - That no person arrested or confined in jail, shall be treated with unnecessary rigor, or be put to answer any criminal charge, but by presentment, indictment or impeachment.
Appears in 135 books from 1804-2005
More
Page 92 - Among the most important are immortality, and if the expression may be allowed, individuality; properties by which a perpetual succession of many persons are considered as the same, and may act as a single individual.
Appears in 326 books from 1819-2008
Page 92 - It is chiefly for the purpose of clothing bodies of men, in succession, with these qualities and capacities, that corporations were invented, and are in use. By these means a perpetual succession of individuals are capable of acting for the promotion of the particular object, like one immortal being.
Appears in 262 books from 1819-2008
Page 130 - It shall be the duty of the Legislature to provide for the organization of cities and incorporated villages, and to restrict their power of taxation, assessment, borrowing money, contracting debts, and loaning their credit, so as to prevent abuses in assessments and in contracting debt by such municipal corporations...
Appears in 515 books from 1826-2007
Page 453 - That no freeman shall be convicted of any crime but by the unanimous verdict of a jury of good and lawful men, in open court, as heretofore used.
Appears in 71 books from 1782-2006
Page 410 - It is a doctrine not to be tolerated in this country that a municipal corporation, without any general laws either of the city or of the state, within which a given structure can be shown to be a nuisance, can, by its mere declaration that it is one, subject it to removal by any person supposed to be aggrieved, or even by the city itself. This would place every house, every business, and all the property of the city at the uncontrolled will of the temporary local authorities.
Appears in 80 books from 1861-2001
Page 446 - Indiana of 1857, for the incorporation of cities, mayors, in addition to their duties proper, have, "within the limits of cities, the jurisdiction and powers of a justice of the peace in all matters, civil and criminal, arising under the laws of the State, and for crimes and misdemeanors a jurisdiction co-extensive with the county.
Appears in 52 books from 1838-1982
Page 221 - The general assembly shall never authorize any county, city, town, or township, by vote of its citizens or otherwise, to become a stockholder in any joint stock company, corporation, or association...
Appears in 151 books from 1851-2004
Page 95 - They are local subdivisions of the state, created by the sovereign power of the state, of Its own sovereign will, without the particular solicitation, consent, or concurrent action of the people who Inhabit them.
Appears in 130 books from 1852-2000
Less 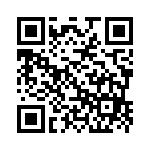