Page 46
Bell's proposals are to be found in: Bell to Harcourt, conf., 30 Aug. 1911, CO. Ąf6/
99 No. 31917. AH the others, including Bell's, are commented on by Lugard, in
greater or less detail, in his own amalgamation proposals, Lugard to Harcourt, ...
Page 52
But the scheme is interesting in itself, inasmuch as it throws into relief certain
aspects' of Lugard's schcno As has been suggested, Temple's seemingly most
surprising proposal was that the North should be divided up into three. But for this
he ...
Page 285
But the most interesting point about Lethem's j-udicial and admin:) s-- trative -
proposals for Nigeria is their soxirce of inspiration, a book by Sir William Leo-
Warner called The Native States cf Iniia'. In, this boo!:, A which Lethcm quotes ... 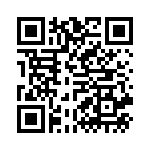