Randall P. Bezanson is the David H. Vernon Distinguished Professor of Law at the University of Iowa. He is the author of many books, including How Free Can the Press Be? 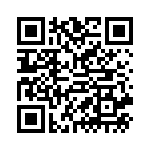