Page 140
The Naval Appropriation act , approved August 22 , 1912 , provided that the term
of enlistment of all enlisted men of the ... written agreement , under such
regulations as may be prescribed by the Secretary of the Navy with the approval
of the ...
Page 141
The Legislative , Executive and Judicial Appropriation act , approved August 23
1912 , provided that until otherwise provided by law the regular annual estimates
of appropriations for expenses of the government of the Anti - Badget United ...
Page 142
... approved August 1 , 1892 , as modified by the Acts of Congress approved
February 27 , 1906 , and June 30 , 1906 , or apply to contracts which have been
or may be entered into under the provisions of appropriation acts approved prior
to ...

59 other sections not shown 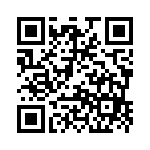