“Lulat has compiled a great amount of information on African higher education (interpreted in the broadest sense) across history. The result is an encyclopedic compendium of data that complements for the contemporary period editors Damtew Teferra and Philip Altbach's African Higher Education (2003) and for the colonial period Eric Ashby's Universities: British, Indian, African (CH, Dec'67). The author is sensitive to and knowledgeable about Africa's cultural diversity, and critically engages with the historiography and politics of education in precolonial, colonial, and postcolonial eras. He presents useful summaries of the history of and issues surrounding important African educational institutions, and devotes considerable attention to Islamic (100 pages) and Anglophone (124 pages) regions and the premodern period (66 pages)....[t]here are few other works of such breadth. Recommended. General and undergraduate readers.”–-CHOICE
-------
“Lulat's purpose is not to find ways of overcoming what he calls "the current awful predicament" of African universities. Rather, he wishes to correct the errors of other writers, particularly those whom he sees as Eurocentric.”–-MINERVA JOURNAL
-------
“In this topically comprehensive and analytically dense work, Lulat....produces an important and timely work of over 600 pages, a work achieving an inclusive and critical perspective on the history of African higher education....[t]his is a well-researched and excellent work in the historical and actual locations of African higher education; it should be widely read and could become a primary reference for researchers, students, and others who are interested in this increasingly important area of study.”-–COMPARATIVE EDUCATION REVIEW
-------
“Lulat's work fills an important gap by providing the first comprehensive overview of the subject, beginning with Pharaonic Egypt and Axum in "premodern Africa" and continuing through to the early twenty-first century. Contained within this thick (529 pages of text) and expensive volume is a wealth of valuable information and analysis that will serve as a guide and reference for all future studies....[L]ulat deserves the highest praise for his meticulously researched, comprehensive survey of African higher education over five millennia and across the entire continent.”–-AMERICAN HISTORICAL REVIEW
-------
“[O]nly the second full-length, unified, continent-wide historical survey of African higher education. His account differs from the other, Ashby (1996), by a longer temporal and wider geographical scope, by being critical rather than an apology for British colonial policies, and by placing the history of universities in Africa in a global context.”-–REFERENCE & RESEARCH BOOK NEWS
-------
Lulat’s [book] is a massive study, more than six hundred pages including two lengthy appendices and notes that run to several pages... Burdensome to all but the most dedicated readers, that approach is also a major strength. Quite simply, Lulat carries his descriptions and explanations to whatever length he deems necessary.... The two long appendices permit more detailed exploration of the origins of modern African universities and the antecedents of the disjunction between premodern and modern African higher education. Lulat is at his best and incisively clear on the intersections of older and contemporary currents...Making sense of the World Bank and its education support policies requires attention to human capital theory, which in turn requires reflection on the development of economics as a discipline and its influence in Africa.... Foreign aid is both a conduit for ideas and a mechanism for rewarding not only governing elites but also intellectuals who do not rock the boat—“the pseudointellectual representatives of the ignorantsia... who regularly feed at the [World] bank’s trough...” (411). --AFRICAN STUDIES REVIEW

Page 8 - I am quite ready to take the Oriental learning at the valuation of the Orientalists themselves. I have never found one among them who could deny that a single shelf of a good European library was worth the whole native literature of India and Arabia.
Appears in 525 books from 1803-2008

Y. G-M. Lulat teaches Africana studies at the State University of New York at Buffalo. He is the coauthor of Research on Foreign Students and International Study: An Overview and Bibliography(Praeger, 1985), and he is currently working on a book on U.S. relations with South Africa. 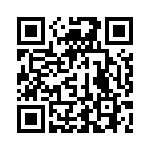