Jurgen Herbst is emeritus professor of history and education policy studies at the University of Wisconsin–Madison. One of America's foremost historians of education, he has published a number of influential journal articles, and is the author of The German Historical School in American Scholarship: A Study in the Transfer of Culture, From Crisis to Crisis: American College Government, 1636–1819, and Requiem for a German Past: A Boyhood among the Nazis, also published by the University of Wisconsin Press. 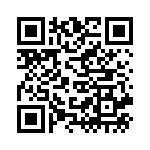