"She was quiet, thinking, for a long time, so long that he asked her what it was. And she answered, hesitantly: 'They were beginners, you mean. Two years ago, when they hatched this thing. The problem ... Read full review

Born in South Africa in 1958, Neil Gordon has lived in Scotland, France, and Israel. He is a graduate of the University of Michigan, where he was awarded two Hopwood Prizes for fiction, and he earned his Ph.D. in French literature at Yale. The Gun Runner's Daughter is his second novel. He lives in New York. 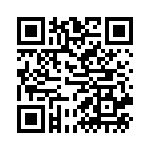