Page 17 - Be it ordained, by the United States, in Congress assembled, that the said Territory, for the purposes of temporary government, be one district ; subject, however, to be divided into two districts, as future circumstances may, in the opinion of Congress, make it expedient.
Appears in 277 books from 1804-2007
Page 23 - And whenever any of the said states shall have sixty thousand free inhabitants therein, such state shall be admitted, by its delegates, into the Congress of the United States, on an equal footing with the original states, in all respects whatever, and shall be at liberty to form a permanent constitution and state government...
Appears in 636 books from 1803-2008

DAVID CARLETON is Associate Professor of Political Science at Middle Tennessee State University. He has published extensively on gubernatorial politics and on human rights issues. He worked previously in government and in political campaign positions. He is currently preparing a textbook on state and local government. 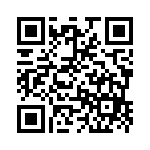