Page 13
Infant deaths in the perinatal period are greatly influenced by prematurity . ... The
neonatal mortality rate of notified premature infants at 139 per 1,000 is nearly
nine times greater than the general neonatal mortality rate of 15-3 per 1,000 ; a ...
Page 124
Premature Births Number of Premature Infants and Percentage Distribution in
Weight Groups In 1961 , 63,211 premature infants , which included 54,632
premature live births and 8,579 premature still births , were notified . Of the
54,632 ...
Page 127
The report , which was issued in 1961 , advises a comprehensive scheme for the
care of premature infants in each area . It makes recommendations regarding the
selection of cases for hospital delivery , ante - natal care , special care during ...

36 other sections not shown 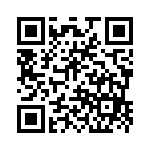