PAUL S. LEVY is Professor of Epidemiology and Biostatistics at the University of Illinois School of Public Health. He is a Fellow of both the American Statistical Association and the American College of Epidemiology and has been widely published during his long and distinguished career as a statistician and epidemiologist. Most recently he served as section editor for design of experiments and sample surveys of the Encyclopedia of Biostatistics.
STANLEY LEMESHOW is Professor of Biostatistics in the School of Public Health at the University of Massachusetts at Amherst. He is a Fellow of the American Statistical Association and has published numerous articles in statistical and biomedical journals. In addition to this book, he has coauthored Applied Logistic Regression (Wiley), Adequacy of Sample Size in Health Studies, and Applied Survival Analysis (Wiley). 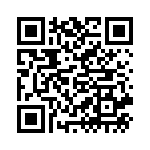