Page 9
In 1871 the Courts of first instance were organised by the State ; and , for the
management of criminal cases , the French system of public procurators was
adopted . These fundamental reforms were added to later on ; and wherever they
...
Page 266
... twenty - six Courts of First Instance , which are fixed at the principal centres ;
secondly , three Courts of Appeal , where the decisions of these Courts of First
Instance can be reviewed , which are seated at Brussels , at Ghent , and at Ličge
...
Page 306
Amongst the Judges of First Instance , having both civil and criminal jurisdiction ,
there are several Englishmen , and a larger number of Englishmen and other
Europeans in the Native Court of Appeal , of which the Vice - President , and ... 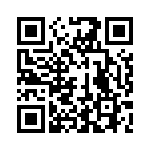