Page 85
... I shall receive the same again by the mighty power of God . And as touching such worldly estate wherewith it has pleased God to bless me in this life , I give and dispose of the same in the following manner and form : Imprimis .

I just found this page, Page 701, and am appalled by the errors in regard to John and Martha's children.
Emily A, daughter of John and Martha Blackman (Hollister) Hall, was born in Vermont on September 21, 1844. The family then moved to Wisconsin where Edgar S was born in 1848. Between 1860 and 1869, the family settled in Olathe, Johnson County, Kansas. Edgar died on February 23, 1869, at the age of 20 years and five months, per his tombstone at the Olathe Memorial Cemetery.
Emily married W C Rote on September 21, 1870, in Olathe. She had been sick with a pulmonary disease. She went to Colorado in hopes of getting better but died in Mount Vernon (now a ghost town), Colorado, on November 5, 1872. Her body was brought back to Olathe for burial.
Martha died on July 28, 1874. John passed away on March 15, 1887. All four of them are buried at the Olathe Memorial Cemetery.
For more information about this family, I can be reached at mnich5@aol.com
Peggy 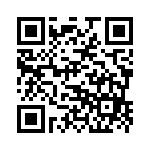