Page iv - Professor and director of the Center for the Study of American Business at Washington University in St. Louis, Missouri.
Appears in 183 books from 1899-2007 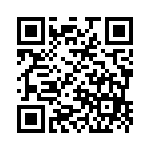