This first of a projected 12-volume series brings together a wealth of documentary material concerning one of the most controversial figures in American labor history. Because this volume focuses on ... Read full review

This book is a do not miss, in my top 5 reads of all time alongside Twilight New Moon, Twilight Breaking Dawn, Hunger Games, and adventures of super diaper baby 2 - The Invasion of the Potty Snatchers. Reading this book on hallucinogens is a recommendation, but is NOT required to enjoy the book.
Book Rating: ★★★★˝
tl;dr – Really good sober, better while high

Samuel Gompers, January 26, 1850 - December 13, 1924 Samuel Gompers was born on january 26, 1924 in London, England. He was apprenticed to a shoemaker at the age of ten, but soon became a cigar maker when his family emigrated to New York in 1863. By 1885, Gompers was an expert cigar maker, and was hired by a large cigar shop. Gompers was highly respected by his fellow employees at the cigar shop, and they eventually elected him as President of the Cigar Makers Union Local 144. In 1881, Gompers was sent as a delegate to a conference of other unions. There the various unions created a confederation called the Federation of Organized Trades and Labor Councils. Gompers became a sort of a leader for the Federation, but the union was weak and ineffective. The organization was reconstituted in 1886 as the American Federation of Labor with Gompers as the President. He held this position for 38 years, till the day he died. Four years after the reconstitution, the AFL represented 250,000 workers. In two more years, the number rose to over one million. At the conclusion of World War I, Gompers attended the Versailles Treaty negotiations, where he was instrumental in creating the International Labor Organization under the League of Nations. He supported trade unionism in Mexico and even attended the inauguration of Mexico's reform President Calles. He also attended the Congress of the Pan-American Federation of Labor. It was at this Congress where Gompers collapsed and was rushed to a San Antonio, Texas hospital where he died on December 13, 1924. 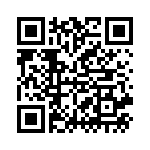