So many 'outside hands' tinkering inside Africa, it's no wonder the Continental Motherland is plagued with divisiveness and dysfunction. As the stench of colonialism lingers on, the rise of Imported Western Secularism will attempt to legitimately replace Traditional African Rationalism. Thus, 'Debating the African Condition' is a far cry from "Solving the African Problem". This book contains nearly 500 pages of rehashing the obvious. This is not a good book; and clearly was written to appease the westernized academia and not the Africanized populace.

Alamin Mazrui is an associate professor of African Studies at Ohio State Uinversity. He is a member of the board of Directors of the Kenya Human Rights Commision. His ublications include Swahili, Society and the State(1995), The Power of Babel: Language and Governance in the African Experience(1998), both with Ail A. Mazrrui, Out for the Count: The 1997 General Elections and the Prospects for Democracy in kenya(2001), co-edited with Macel Rutten and Francois Grignon, Black Reparations in the Era of Globalization(2002) and English in Africa: After the Cold War(2004).

Willy Lutunga is the executive director of the Human Rights Commission. He taught law at the University of Nairobi, serverd as an advocate and chairperson of the Law Society of Kenya, and has recently been appointed senior counsel by the president of the Republic of Kenya. His many publications include The Rights of Arrested and Accused Persons(1990) and Constitution-Making from the Middle: Civil Society and Transition Politics in Kenya, 1992-1997(1999). 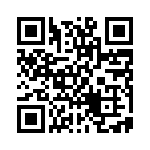