Page 20
Gaeta , in the Neapolitan territory , the A provisional Junta was appointed to order Spanish and French ministers assisting in the election , which took place with singular his escape . The latter , M. de Harcourt , unanimity and ...
Page 38
Representatives , $ 76,000 ; contingencies of the Ministers and Consuls abroad . Senate , last session , ( beyond the previous vote , ) A return to a resolution of the House , dated $ 123,000 ; ditto House of Representatives ...
Page 39
39 Webster said the allowances to our ministers at The Indian service had not been mainly warforeign courts was totally inadequate . On the like , but future pensions ( a small part of them 27th , Mr. Hale renewed his motion .

2 other sections not shown 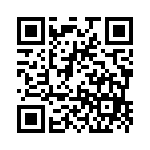