Page 208
That Lord Haldane was a great lawyer , a most successful barrister , and one of
the most eminent of England ' s Lords Chancellors is perhaps not well known
beyond the ranks of the legal profession . He was born Richard Burdon Haldane
...
Page 218
Lord Halsbury . P Frederick the Great , like Cicero , complained of the lawyers ;
and his Code was , as he said himself , to get rid of them . The Code Napoleon ,
imperfect as it was , and is still alleged to be , was , nevertheless , an immense ...
Page 219
A similar system was devised by the late Lord Acton in respect of history , and is
being successfully carried out . The result is not a mere encyclopćdia , it is not a
mere collection of cases , but a number of treatises composed by learned ...

57 other sections not shown 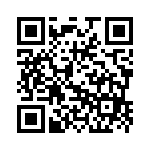