WENDY'S GOT THE HEAT

Tiresome, simple-minded autobiography from the New York radio personality.Reared in middle-class Wayside, New Jersey, Williams knew from childhood that radio was her destiny. While a freshman at ... Read full review

Wendy's got the heat

These memoirs by "shock jocks" both belong in the popular genre of celebrity autobiographies, but one is better than the other. Muller, the host of "Mancow Morning MadHouse," a morning radio show ... Read full review

Wendy Williams, a graduate of Northeastern University, is the host of the popular television show The Wendy Williams Show. Lifetime also released a documentary revolving around Wendy’s life, Wendy Williams: What a Mess! She lives in New York with her husband and son.

Karen Hunter is a Pulitzer Prize–winning journalist, a celebrated radio talk-show host, and coauthor of numerous New York Times bestsellers, including Confessions of a Video Vixen, On the Down Low, and Wendy’s Got the Heat. She is also an assistant professor in the Film & Media Department at Hunter College. 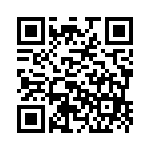