I grew up very confused about religion and science. The church was teaching us God created Adam & Eve and that lead to us. School was teaching evolution and showing us proof of it with fossils ... Read full review

Bill Nye is a scientist, engineer, comedian, and inventor. He has a BS in Mechanical Engineering from Cornell University where he studied under Carl Sagan, and worked on the 747 as an engineer at Boeing before creating and hosting his much-loved Emmy award-winning PBS/Discovery Channel show Bill Nye the Science Guy. He holds six Honorary Doctorate degrees from Lehigh University, Willamette University, Quinnipiac University, Rensselaer Polytechnic Institute, Goucher College, and Johns Hopkins, and teaches at Cornell regularly as a visiting professor.

Corey S. Powell is the former editor in chief of American Scientist and Discover, where he is currently editor at large and continues to write the "Out There" column and blog. He is also a visiting scholar at NYU's SHERP science journalism program, as well as a freelance writer for Popular Science, Smithsonian, Nautilus, and Aeon; his article "The Madness of the Planets" appears in The Best American Science and Nature Writing 2014. He lives in Brooklyn with his wife, two daughters, and a small collection of Permian-era fossils.Undeniable: Evolution and the Science of Creation is his first collaboration with Bill Nye, but he hopes it will not be his last. 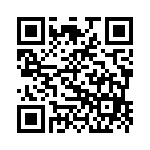