Reviews aren't verified, but Google checks for and removes fake content when it's identified
User Review - Flag as inappropriate

The book captured the attitudinal pattern of our leaders in Nigeria in real term.

CHINUA ACHEBE was born in 1930 in the village of Ogidi in Eastern Nigeria. After studying medicine and literature at the University of Ibadan, he went to work for the Nigerian broadcasting company in Lagos. Things Fall Apart, his first novel was published in 1958. It sold over 2,000,000 copies, and has been translated into 30 languages. It was followed by No Longer at Ease, then Arrow of God (which won the first New Statesman Jock Campbell Prize), then A Man of the People (a novel dealing with post-independence Nigeria). Achebe has also written short stories and children's books, and Beware Soul Brother, a book of his poetry, won the Commonwealth Poetry Prize in 1972.Achebe has been at the Universities of Nigeria, Massachusetts and Connecticut, and among the many honours he has received are the award of a Fellowship of the Modern Language Association of America, and doctorates from the Universities of Stirling, Southampton and Kent. He followed Heinrich Boll, th 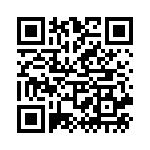