Enjoying this book and the sermon, and very insightful persuasions about how love trumps hate and peace trumps war.

it really touches me;''i have a dream'' this is my inspiration book th@t i wuld share wth the coming generations and pass it on to mi dear children,may peace be upon you Martin
khumoetsile jacqueline magonare,we luv u Martin

Martin Luther King, Jr. was born on January 15, 1929 into a middle-class black family in Atlanta, Georgia. He received a degree from Morehouse College. While there his early concerns for social justice for African Americans were deepened by reading Henry David Thoreau's essay "Civil Disobedience." He enrolled in Crozer Theological Seminary and there became acquainted with the Social Gospel movement and the works of its chief spokesman, Walter Rauschenbusch. Mohandas Gandhi's practice of nonviolent resistance (ahimsaahimsa) later became a tactic for transforming love into social change. After seminary, he postponed his ministry vocation by first earning a doctorate at Boston University School of Theology. There he discovered the works of Reinhold Niebuhr and was especially struck by Niebuhr's insistence that the powerless must somehow gain power if they are to achieve what is theirs by right. In the Montgomery bus boycott, it was by economic clout that African Americans broke down the walls separating the races, for without African American riders, the city's transportation system nearly collapsed. The bus boycott took place in 1954, the year King and his bride, Coretta Scott, went to Montgomery, where he had been called to serve as pastor of the Dexter Avenue Baptist Church. Following the boycott, he founded the Southern Christian Leadership Conference (SCLC) to coordinate civil rights organizations. Working through African American churches, activists led demonstrations all over the South and drew attention, through television and newspaper reports, to the fact that nonviolent demonstrations by blacks were being suppressed violently by white police and state troopers. The federal government was finally forced to intervene and pass legislation protecting the right of African Americans to vote and desegregating public accommodations. For his nonviolent activism, King received the Nobel Peace Prize in 1964. While organizing a "poor people's campaign" to persuade Congress to take action against poverty, King accepted an invitation to visit Memphis, Tennessee, where sanitation workers were on strike. There, on April 4, 1968, he was gunned down while standing on the balcony of his hotel. 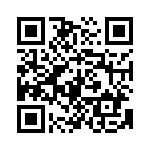