DeLuca, cofounder in 1965 of SUBWAY Restaurants and founder in 1996 of the Micro Investment Lending Enterprise (MILE), a nonprofit organization making microloans to entrepreneurs/microentrepreneurs ... Read full review

Just read 4 chapters till date. But, loving it. Every entrepreneur should get to read this incredible book.

Frederick DeLuca was born in Manhattan in 1948, and grew up outside Albany in Amsterdam, New York. While living there, his family met Peter Buck, a nuclear physicist. The DeLucas moved to Bridgeport, Connecticut, while Buck had a home in nearby Armonk, New York.

In 1965, DeLuca was preparing to attend the University of Bridgeport, where he wanted to study medicine. He had gotten a job in a hardware store to put himself through college, and was only making enough to buy lunch at fast-food restaurants like McDonald’s.

This experience and his interest in medicine gave him the idea of running a "fast-food venture that provided a healthier, less fattening bill of fare."

He told his idea to Buck, who had been invited to a DeLuca family barbecue. Buck loaned him $1,000. This was enough to open a sandwich shop in Bridgeport, which he named Pete's Submarines, after Buck.

But in the radio ad he bought, people were confused and thought he was saying, "Pizza Marine," and were surprised when they showed up and saw a sandwich shop instead. The name was changed to "Pete's Super Submarines." Later, thinking of the transportation system in nearby New York, DeLuca changed the name to play-on-words "Pete's Subway."

In 1966, DeLuca and Buck had made enough money to open a second store, but determined that each of the first two had been in a poor location. Remembering the real-estate mantra of "Location, location, location," they found a better place to open their third store, and that store remains open today.

DeLuca continued to attend the University of Bridgeport while running SUBWAY and, making a bit of a shift from his original medical-school plan and getting his degree in psychology.

By 1973, he and Buck had 16 locations in Connecticut, and the next year they began franchising, dropped the Pete's name and became just "Subway," and introduced the white, yellow and green logo that would become the company's most familiar trait. Buck's initial investment in DeLuca has grown to over 41,000 franchised locations in 109 countries around the world. 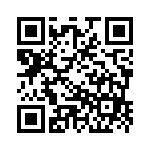